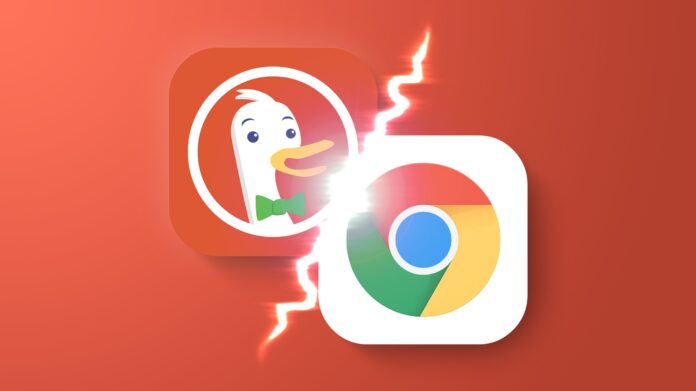 Hello folks! If you are an internet enthusiast like me, I’m sure you know the various threat it poses to our privacy today. Data breaches and leaks are increasing at an exponential rate. But do you know what’s worse? The Internet tracking you. Yep, I used the word ‘tracking’. Haven’t you noticed, when you search something on Google, say dog food, the next time you browse the internet or any social media application that has got ads enabled, you get ONLY dog food ads?  Creepy and annoying right? Despite bubbling almost under the radar a decade, anonymous search engine DuckDuckGo is now finding its stride in an era where privacy is our only priority!

DuckDuckGo describes itself as “the search engine that doesn’t track you“. It promises not to use cookies to follow users and says it doesn’t collect any personal information on those who use it. Even your IP address is hidden.

The site has grown steadily since its inception, going from an average of 79,000 daily searches in 2010 to 23.5 million daily and 16 billion total searches as of December 2018. Some of this growth has been down to DDG’s partnerships with browsers like Firefox, and Apple’s Safari. They have also partnered with many Linux operating systems, and have native apps for both Android and iOS.

How is it different from Google and Bing?

When you click on links from Google and Bing, even in private mode, the search terms are sent to the site you’re visiting in the HTTP referrer header. When you visit that site, your computer automatically shares information, such as your IP address. This information can be used to identify you aka tracking.

DuckDuckGo calls this “search leakage” and prevents it from happening by default on its search results. Instead, when you click on a link on the site it redirects that request in such a way to prevent it from sending your search terms to other sites. The sites know that you visited them, but they don’t know what search you entered beforehand, nor can they use personal information to identify you. Cool, right?

DuckDuckGo additionally offers an encrypted version that automatically changes links from a number of major sites to point to the encrypted versions, including Wikipedia, Facebook, Twitter, and Amazon.

DuckDuckGo was first launched in 2008 by founder and CEO Gabriel Weinberg. It is still owned and operated by Weinberg under the privately held company, DuckDuckGo Inc. The company currently has 45 employees working behind the scenes to continue the development of DDG.

When talking about privacy, it can be important to know a bit about the people that run the companies you entrust with your data. Before creating DDG, Gabriel Weinberg developed one of the first-wave social networks, the Names Database. He later sold the business for approximately $10 million in 2006.

The money was used to self-fund the development of DDG through the company’s early years. Weinberg later co-authored Traction, a book about startup growth. Due to his stance on user privacy, he is regularly quoted as an expert source by the news community.

How does DuckDuckGo earn money?

But there’s a catch. Unlike other search engines, the ads are not based on targeted data. Instead, the ads are based exclusively on the keywords in your search. All of DDG’s advertising is syndicated by Yahoo, which is part of the Yahoo-Microsoft search alliance. While DDG doesn’t provide any personal data to either company, the inclusion of two technology giants with questionable attitudes to privacy might make you uncomfortable. That’s why DDG allows you to pop over to the settings, and disable advertisements. Yes, you can turn off ads and they don’t cost a dime!

DuckDuckGo is also part of Amazon and eBay’s affiliate programs. If you click through to either site from your search results and make a purchase, DDG receives a small percentage of the sale.

Their clearly written privacy policy also makes for reassuring reading, providing detail on the small amount of information they do collect. The key takeaways are that they “do not store IP addresses or unique User agent strings” and will set a cookie only for storing site settings.

As well as being built using free and open-source software (FOSS), DDG has made parts of their software open source. Many of the site’s designs, mobile apps, browser extensions, whitelists, and instant answers are available on DuckDuckGo’s GitHub page. Although the primary search core is proprietary, open-sourcing most other parts of the site means that, given the inclination, anyone can view the code.

In January 2018, DuckDuckGo moved beyond search, releasing a suite of tools to help you maintain your privacy across the internet. They revamped their browser extensions and mobile apps to include tracking protection, encryption, and quick access to their private search. The update also added a Site Privacy Grade rating from A through to F, for you to gauge how much a site maintains your privacy.

The verdict: Should you use DDG?

Google became the dominant force in search by offering you a personalized search. They built incredibly useful apps and services that captured even more of our data to improve your search results further. However, in recent years, we are becoming more cautious with our data.

DuckDuckGo appeals to the privacy-minded, but importantly it isn’t a niche product. With a range of useful features, some of which aren’t even available on Google, DuckDuckGo shows that user privacy and usefulness aren’t mutually exclusive. Is it the absolute winner of the DuckDuckGo vs. Google fight? I’ll let you decide!

How To Apply For VTU Attestation Of Documents?

No Toll Booths On Highways! Govt To Launch GPS Based Toll Collection System

How To Send VTU Transcripts For WES Evaluation?

How To Apply For VTU Transcripts Online? ABOUT US
House of Geek is a blog for people who love tech but live outside the bubble. It’s for the reader who is interested in technology but doesn’t necessarily live and breathe it.
Contact us: rishab@houseofgeek.in
FOLLOW US
© 2022 House of Geek (houseofgeek.in). All Rights Reserved.
MORE STORIES
Featured

No Toll Booths On Highways! Govt To Launch GPS Based Toll...